A key goal of Sensis is to connect Australian consumers with businesses, especially small and medium businesses (SMBs) and government via its various products and digital services. An enabling factor is having a positive reputation – Sensis is known as a trusted marketing partner to SMBs.

Market research plays a major role in helping Sensis regularly scrutinise the marketplace to better understand relevant trends and issues. This in turn assists Sensis to develop products and services which help customers achieve their marketing and business goals.

Through various studies conducted each year with businesses and consumers Sensis demonstrates its digital know-how and has established itself as a thought-leader in this space, which contributes to a positive reputation.

Sensis relies on Di Marzio Research for advice about survey design as well as analysis and interpretation, which are critical elements of the process. The credibility of the research is a high priority given it is published, shared and discussed in public forums through multiple media channels.

“The studies play a crucial role in building and enhancing the reputation of Sensis in the marketplace. They position Sensis as a thought leader in the small and medium business space, as well as on all things digital, by demonstrating our depth of knowledge and connection with these industries.”

“The way the research is conducted with a reporting focus on the results and implications help Sensis to be a credible authority. The insights also guide product development and provide our sales team with updated snapshots of what is happening in the market, which assists with their conversations with customers.

“The media landscape is cluttered with organisations pitching stories every day so the research gives us something unique to talk about which helps drive cut-through of our key messages.”

Views from SMBs are influential because they comprise 99% of Australian businesses. Consequently, when SBI results are released, politicians talk about them and they are often quoted in Parliament or by industry bodies and other stakeholder groups.

This year, notable media coverage of the Sensis research included:

“Our reports have helped to improve the positive coverage of Sensis in the media. Ninety-four percent of media coverage of the Sensis brand was positive last financial year, which was an improvement on the previous year and is very high by industry standards,” says Hugh.

Sensis also presents the research results on digital media channels. A recent initiative was hosting a ‘Tweet Chat’ with the Social Media report discussed in a Twitter Q&A with the online community. Sensis digital experts answered questions using the hashtag #sensissocial. The hashtag trended on Twitter with over 400,000 impressions across Facebook and Twitter. 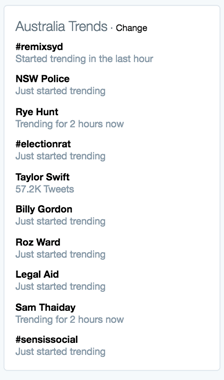 Sensis also seeks to measure the impact of the research in the media. As Hugh explains: “ROI is important to everything Sensis does. We measure value from the quantity and quality of the media coverage we generate. Using the Advertising Space Rate we work out how much it would cost if we paid for this media coverage.”

Last financial year Sensis generated $5.6 million worth of media coverage from its research program, as measured by third party media companies’ iSentia and Meltwater. Including syndicated coverage, there was a total of 1,886 media mentions – 1,124 online, 435 radio, 140 print and 187 mentions on TV.

It is both fascinating and instructive to see first-hand the types of impact such research can have in the media and in turn, how that has brought value to Sensis. 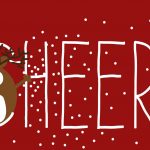 Another Year of Christmas Cheer… OR IS IT?Uncategorized