As 2017 nears an end with Christmas almost upon us, it was time to canvass Australians feelings about the festive season. The latest Christmas Stress Index (CSI*) score reveals we are a little more relaxed this year.

The CSI was originally developed by data scientists Nulink Analytics and has been conducted together with Di Marzio Research since 2012. The CSI elicits a stress score based on eight attitudinal statements to determine the level of stress being experienced by Australians in the lead up to Christmas.

Stress levels have steadily declined since 2014 reaching a new low of 47 which falls into the ‘medium stress’ category. Further investigation reveals four segments (compared with three last year) feeling different stress levels. We have named these…
1. It’s under control
2. She’ll be right
3. Too much expense
4. Too fast

Distinguishing characteristics of each segment are as follows: Middle-aged mothers with young children again emerge as the most stressed about Christmas. This is most likely caused by needing to play the role of CEO for all things Christmas-related, unlike their male counterparts who contentedly follow their lead.

For Millennials, Christmas is seen as impacting excessively on their hip pocket which is ‘stressing them out’ (as they’d say) whereas Boomers feel they have things under control which probably reflects their many years of Christmas experience.

Regardless of which segment you may fall into, we hope you can find the time to relax and enjoy the company of family and friends while reflecting on the year just gone hopefully with plenty of laughs along the way.

From Kim and Paul at Di Marzio Research and Scott Maclean at Nulink Analytics, we wish everyone a Merry Christmas and look forward to engaging with you in 2018!

What is the CSI?

The Christmas Stress Index was originally developed by Nulink Analytics in 2012, following anecdotal evidence that ‘things are not as they used to be’ in the lead-up to the Christmas season.

Eight statements concerning attitudes to the Christmas season were devised, with responses being measured on a five-point agree/disagree scale.

Detailed analysis of the Index by different socio-economic and demographic sub-groups confirms its appropriateness as a reflection of underlying feelings regarding Christmas, and the stress associated with this time of the year 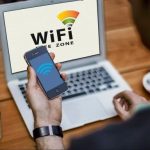 What does a thriving workplace look like?Uncategorized